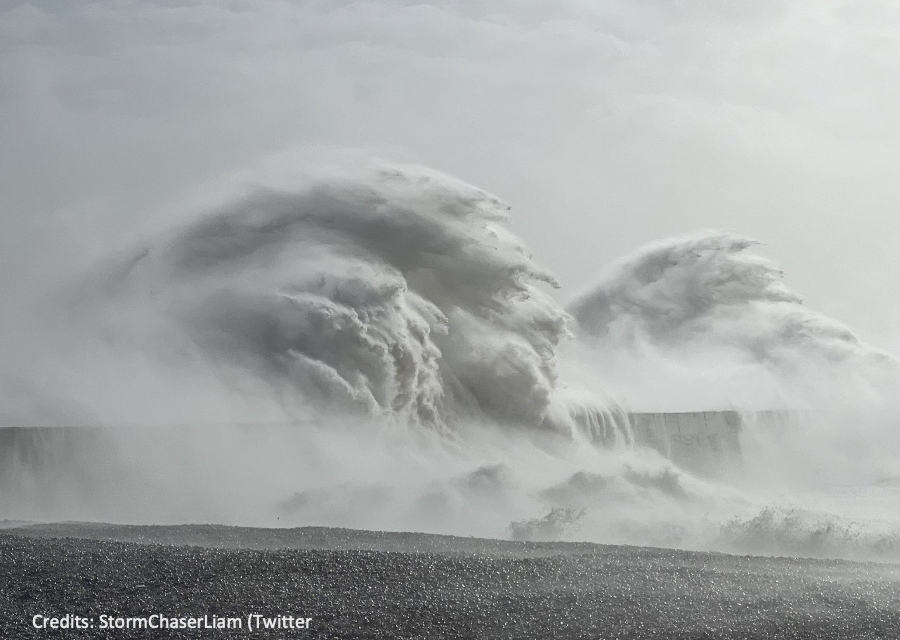 The country was taken by storm when Storm Eunice hit later last week.

The Met Office issued a red weather alert and the Mayor of London urged people to stay at home if possible. He tweeted, “please stay at home, do not take risks, and do not travel unless absolutely essential.” It has been said that it is the worst storm that the UK has seen since 1986.

Earlier this morning, the Met Office issued an amber and a yellow warning for most of the UK, along with flood alerts as storm Franklin hits parts of the country with strong winds and heavy downpours.

This is the third storm in the past week that the UK has witnessed. Storm Franklin has followed Storm Dudley and Storm Eunice.

Even though the Met Office has lifted the ‘very strong winds’ warning there is still some heavy rain to expect, with 142 flood alerts across England.

Storm Franklin has caused disturbances for travel as numerous train networks are advising people not to travel and if they must, they have urged people to travel only if it is essential. Many train lines are also setting a 50mph speed limit and are informing people travelling to leave plenty of time to get to their destination.

Over 10,000 homes across the South-West still have no power after Storm Eunice and now with Storm Franklin it could impact even more homes and residents.

However, the Met Office said, “Moving into the afternoon, Storm Franklin should start heading away from the UK and as the day goes in it should slowly become calmer, drier and brighter”.