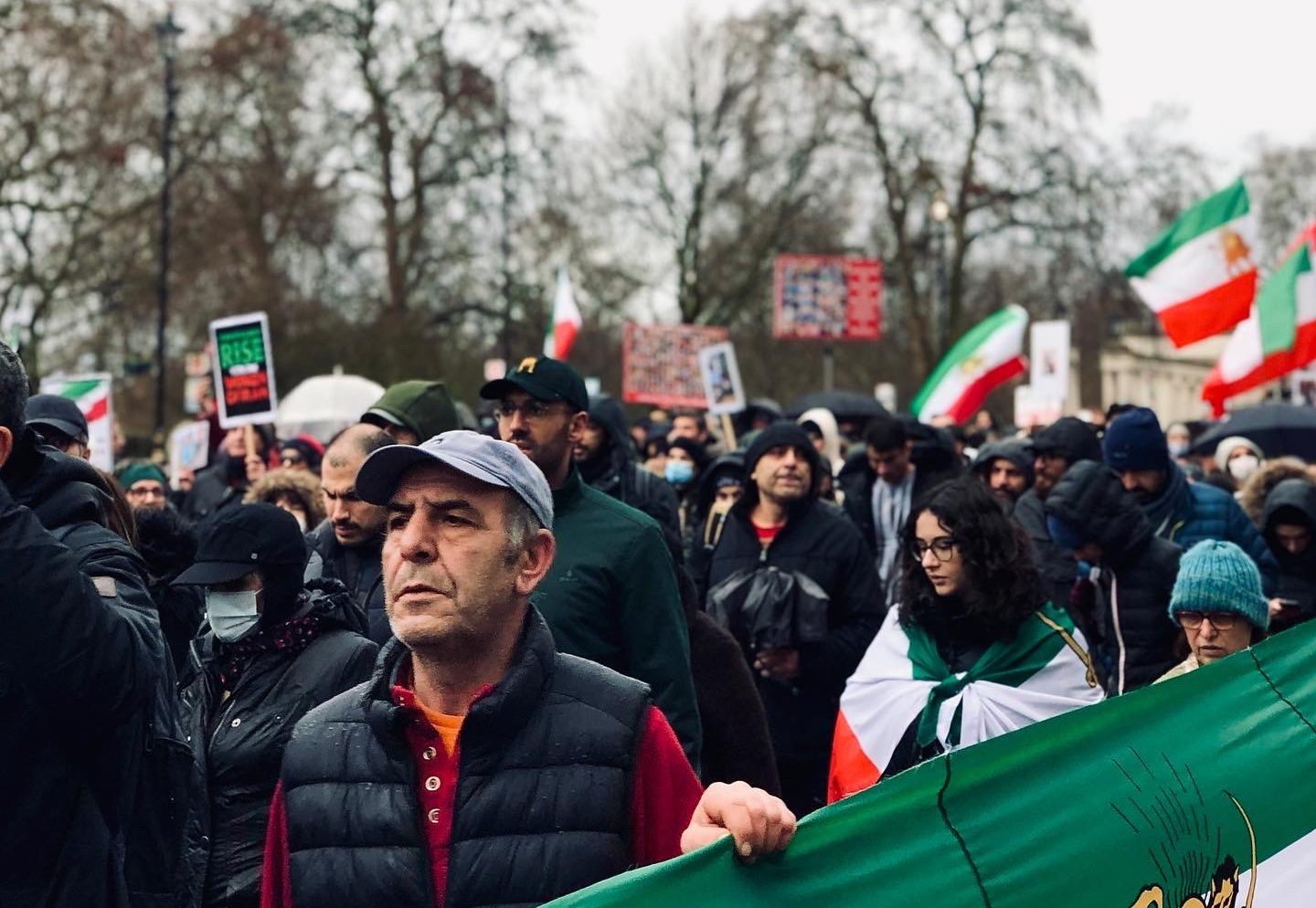 London rallied together last Sunday to support protests in Iran

Thousands marched through the streets of central London on Sunday to mark the 115th day of ‘Woman, Life, Freedom’ rallies in Iran.

Armed with Iranian flags and undeterred by the pouring rain, the group marched from Marble Arch to Trafalgar Square, where they were met with speeches from a variety of political activists including Nobel Peace prize winner, Iranian lawyer Shirin Ebadi.

“Over 500 youngsters, some of them under 18, have been executed in Iran, and we want to be their voice.” One protester, decked in flags, told us. “We are trying so hard.”

One Iranian man, when asked why he was supporting the rally today, had only one word to give. “Revolution.” Coloured smoke grenades filled the air with the colours of the Iranian flags.

Protests in Iran began in September, when 22-year-old Maha Amini died in custody, after being detained in relation to veiling laws.

Continue Reading
You may also like...
Related Topics:iran, London, Protests

Gareth Bale makes his retirement plans known
How much caffeine is in your cup of coffee?