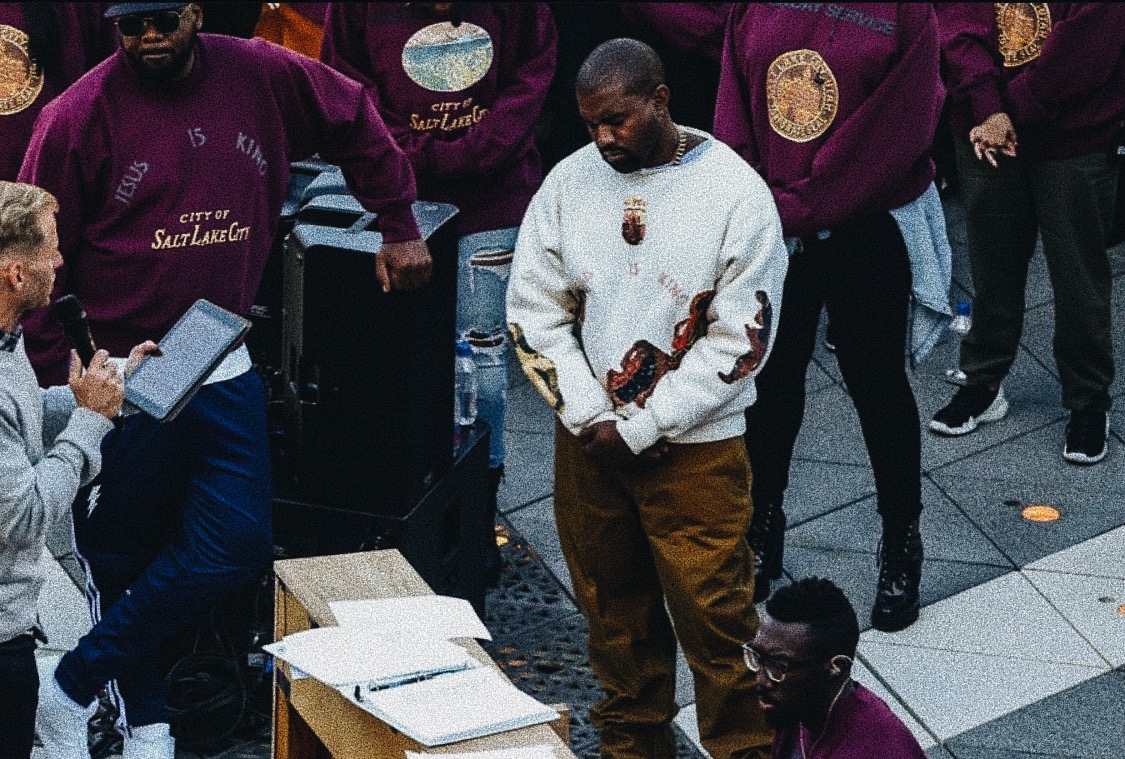 Kanye west has never been the quiet one when it comes to expressing feelings. The Chicago born rapper has in the past dubbed himself “creative genius”. His fans are now eagerly waiting for his latest project to be released under the name “Jesus Is King”.  The record was originally due to be released on the 27th of September, but there are no signs of it surfacing yet.

He has now delayed the album for a fourth time. Reports say he is back in the studio mastering mixes for a few specific tracks. In recent interview with BBC Kanye labelled himself “unquestionably, undoubtedly, the greatest human artist of all time.”. The rappers signature confidence continues, his clothing line, artwork and stage performances have all made headlines.

greatest YE thank you for the most beautiful morning

West has recently found Christianity and his religious beliefs are now becoming a part of his work.  He has now been running a “Sunday service” near his home in Calabasas where gospel singers draped in Yeezy fabrics form a Kanye-conducted orchestra on the Californian desert. Pitchfork labelled it a “Sacrilegious Mess”.

Wife, Kim Kardashian recently said that a “big family row erupted” between her and him over Kanye banning daughter, North from wearing “make up and crop tops”. He also admitted to asking some of his team to not participate pre-marital sex, “I thought if we could all focus and fast – families who pray together stay together,”.

Thank you for being loyal & patient

We not going to sleep until this album is out!

Fans are still awaiting his new album just as much as his next Yeezy shoe. Kanye has been taking over the music and fashion industry by force for a while now. “Jesus Is King” could be a turning point, this “gospel album” could lead to a more spiritual and humble Kanye.

Spice Girls reunion tour
Festivals Season: Will it Go Ahead?