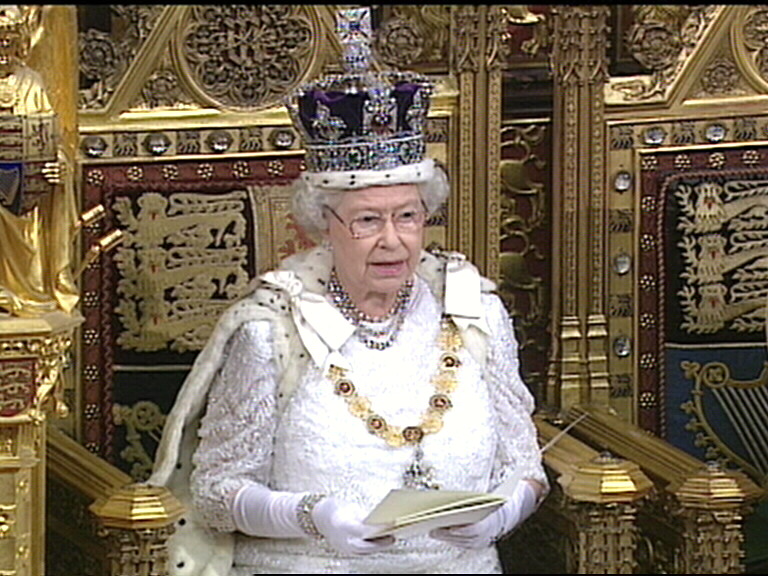 The Queen addresses nation with speech on upcoming year

The Queen’s Speech is the formal start of the new Parliamentary session.

The Queen arrived in Westminster to officially deliver the government’s goals for the coming year.

This is the Queen’s first public appearance since the death of her husband, Phillip – the Duke of Edinburgh.

The government’s top priority, the Queen claims, is to “deliver a rebound from the pandemic,” that will “level up opportunities across the United Kingdom, supporting employment, industries, and economic development.”

She claims that the government will increase funding for the NHS and that her ministers will introduce legislation that will enable the NHS to “innovate and adopt the technology.”

Patients will receive more personalized and preventative treatment closer to home, she claims.

She tells the nation that the government is interested in addressing mental health, obesity, and cancer. Adding that proposals for social care reform “will be taken forward.” After the recent fire in East London due to cladding problems, ministers will now create a new Building Safety Regulator, according to the Queen, to ensure that “the tragedies of the past are never repeated” – which is also a reference to the Grenfell fire.

She claims the government will take steps to “combat racial and ethnic inequalities” and outlaw conversion therapy.

Ministers would also introduce legislation to eliminate bureaucracy in the charitable sector, allowing more money to go to good causes.

The Queen then turns her attention to the environment, stating that ministers will invest in new green industries to generate employment.

She reaffirms the UK’s pledge to achieve net-zero greenhouse gas emissions by 2050 and anticipates the COP26 Summit in Glasgow later this year. This is following Biden’s promise to slash US emissions by half.

She also says that legislation will be introduced to ensure that the UK encourages the highest levels of animal protection.

When the G7 summit is held in the United Kingdom, the Queen says the government will lead global efforts to recover from the pandemic.

The Queen ensures that it would “provide assistance where it has the greatest effect on reducing poverty and alleviating human misery,” such as by assisting in the education of 40 million girls around the world.

“I pray that the blessing of Almighty God will rest upon your counsels,” she concludes her speech.

Continue Reading
You may also like...
Related Topics:Parliament, speech, the queen