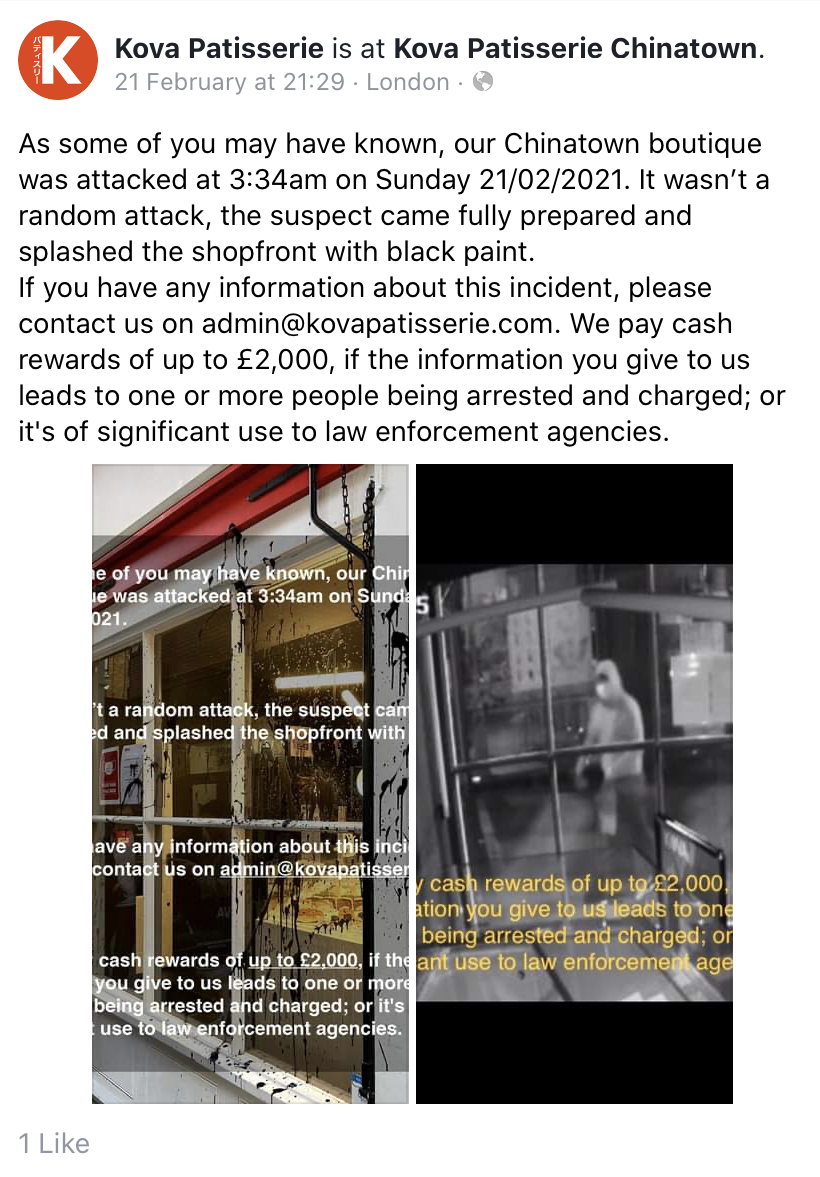 A Popular Central London Patisserie has been Vandalised

Kova Patisserie in SOHO was vandalised and they have offered a £2000 reward through social media to anyone who’s information leads to the capture of the culprit. Kova believe that the attack was planned, and the attacker was well prepared.

“It was so random. I was going to work the next day, and all I saw was black paint at the front. It had to be cleaned off the windows, and needed to repaint the rest”

The other shops in the area had no idea about what led the attack, or the reason for it, and they were not affected, which further shows that this may have been a targeted attack.

If there is any information about the attacker or the incident, email admin@kovapatiserie.com

Kova has contacted the police, and the incident is being investigated.